Japanese soy sauce is made from a fermented mixture of wheat, soybeans, water and salt. These ingredients are combined with mold (Aspergillus sojae), yeast and lactic acid bacteria in a complex process to create a mash. The mash is matured, pressed and filtered to produce the finished product.

The History of Soy Sauce 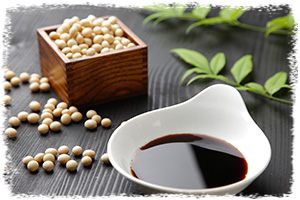 Precursors to modern soy sauce developed in East Asia more than 2,500 years ago when meat and fish were preserved by packing in salt. The liquid that leached from the preserved meats was used as a base for broths and seasonings. A number of different condiments, including fermented soybeans, eventually developed from these techniques.

Around sixth century AD, Buddhism flourished in both Japan and China. Many Buddhists were vegetarian, which heightened a need for meat-free flavorings. One of the popular seasonings in China during this period was a salty paste of fermented grains, including soybeans, which is the first known product to resemble modern soy sauce. According to tradition, a Japanese Zen priest studying in China came across the seasoning and, upon returning to Japan, began producing his own version. Over the centuries, Japanese breweries developed the brewing techniques and ingredients which we enjoy today as soy sauce.

Soy breweries eventually spread throughout Japan, reaching a height of about 10,600 breweries in 1888. The number dropped to 8,000 just after World War II. Since then, there has been a rapid decrease in the number of breweries: there were 3,135 in 1980, and there are fewer than 2,000 today, with centuries old breweries being lost at a rate of 1%-2% annually as a result of market consolidation by the largest five producers. Economic pressures, combined with the retirement or death of many of the owners and older brew masters, have accelerated this process.

The Types of Soy Sauce 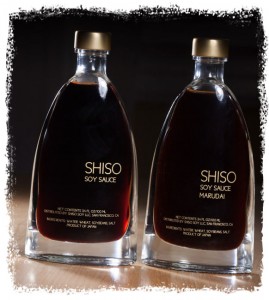 A variety of soy sauces are made throughout Southeast Asia. Japanese style soy sauces are generally divided into five main categories based on differences in ingredients and techniques of production. Japanese soy sauces include more wheat as a primary ingredient, which tends to give them a slightly sweeter taste and a somewhat sherry-like flavor compared with soy sauces from other countries.

At the most basic level, Japanese soy sauce is made through the fermentation of four simple ingredients: wheat, soybeans, water and salt. These ingredients are combined with a specific mold (Aspergillus sojae), yeast and lactic acid bacteria in a complex two-stage brewing process that can last for as long as three years. The resulting mash is pressed and filtered to produce the finished soy sauce. Variations in the ratios of ingredients, methods, aging and the strains of micro-organisms create an enormous variety of flavors and quality.

There are a number of other significant distinctions that have developed as well:

Soy sauce is graded both by the Japanese Ministry of Agriculture, Fishing and Forestry (JAS) and an industry group called the Japanese Soy Sauce Association. Grading is based on the chemical composition soy sauce, mainly for amino acid and alcohol content. The Japanese Soy Sauce Association adds additional grades. Soy sauce is also graded by experts based on color, aroma, roundedness and other such more subjective criteria.